The new theatre, the most modern in the Czech Republic, comprises a building complex of a theatre and connected operational building with a 700 m² plaza separating the two. The five story operational building contains offices, dressing rooms for the artistic troupes and facilities for the technical personnel. The theatre building has two halls, the main one with a capacity for an audience of 461 and a smaller studio stage for about 150 visitors.

The theatre relies on architectural concrete for its striking, modern appearance. The southern façade is one giant, concrete sculpture, incorporating irregular holes or ‘bubbles’, to replicate an imaginary stage curtain, while other façades are constructed using red colored concrete panels.

A team from the HELIKA architecture and design studio, led by architect Vladimir Kruzik, were given the task of reworking a winning contest proposal to better make the design fit within the location and urban environment.

The architects chose colored concrete to a specific shade of deep red as an architectural feature for selected façades. The façades needed to retain their color and integrity over the long term while being exposed to the elements.

The use of Sika ColorFlo® Liquid color pigments enabled the concrete supplier to accurately produce the red concrete color stipulated by the architect.

This economical and permanent solution consists of predispersed iron oxide, titanium dioxide and chromium oxide pigments containing high pigment solids in an aqueous base liquid. The resulting concrete has excellent long term color stability together with good resistance to UV radiation even with long exposure to adverse atmospheric conditions.

Note: Not all products are available in Sika Australia. Please contact your local technical sales representative for availabilities. 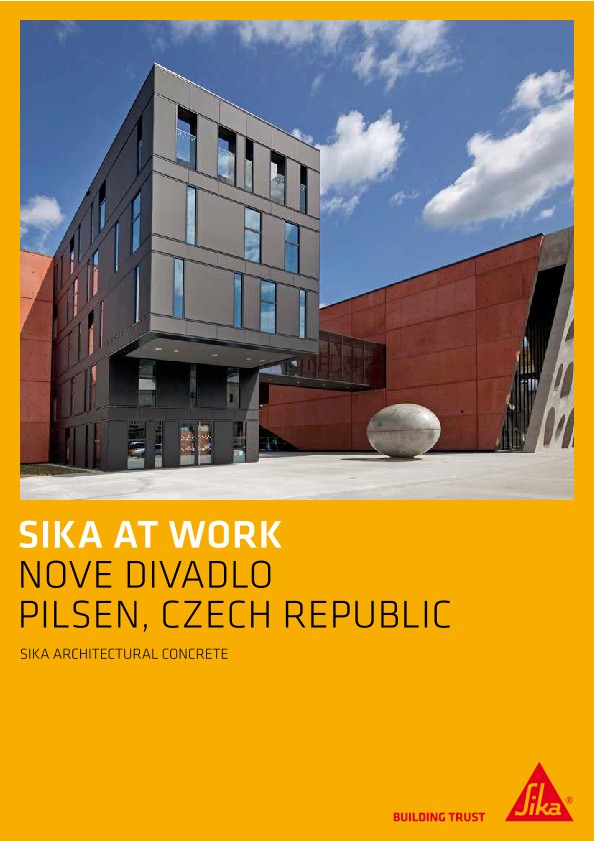