The City of Buenos Aires in Argentina selected the contractor Coarco SA for the construction of the project Traza Colector “Primarias Ezeiza, Tramo Esteban Echeverria”. This tunnel with a length of over 4km will be used to transport sewage water collected from the houses in the area to the next treatment plant called Jagüel.

For the excavation of this section of the project outside from the capital city of Buenos Aires, one Earth Pressure Balance Tunnelling Machines (EPB TBM) has been used by the local company Coarco SA. The TBM has a diameter of almost 1.9m (being in the lower limit where a pilot steer the machine from inside) and were provided by a TBM German supplier.

During the excavation, called “Pipe-jacking”, the single shield and the cutting wheel in the front of the tunnel are used to condition and excavate the material which is then being removed in wagons pulled through the tunnel built from single concrete pipes. In order to allow the advance of the TBM in the front, the concrete segments are pushed from outside at the back of the tunnel, where more space is available.

The Sika’s local team together with our Sika TBM experts were kindly invited to the site by the management team of the construction company in order to check the TBM advance and improve the conditioning of the ground during TBM excavation. Considering the excavation in the local “tolva”, which is a brown limestone with some clay in specific areas, it was decided to use the foaming agent Sika® Foam TBM 101 FB which is a high efficiency foaming agent for ground with high to low permeability,
polymer modified.

During the tests with the TBMs using our product and after stabilizing the excavation conditions and the parameters of the machine, the dosage of the foaming agent was highly reduced in comparison to the previous values recommended by the competitor. The average advance speed of the TBM increased and the amount of wagons required to remove the excavated material reduced which has a positive impact on the time and logistic during excavation. Our internal laboratory tests confirmed that the foam quality was very strong compared to the product offered by other supplier. 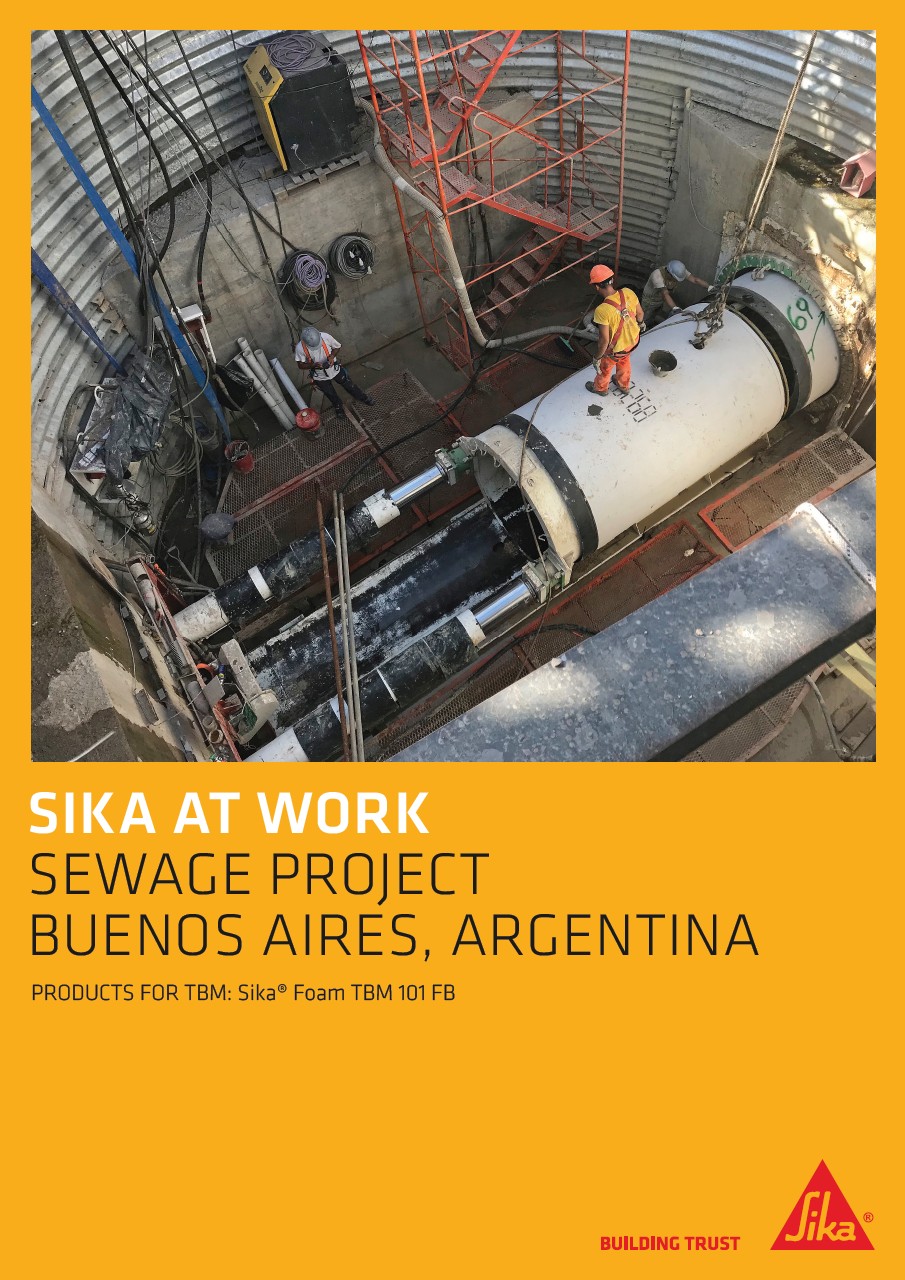 Sewage Project, Bueons Aires
Case Study
In Buenos Aires, a sewage transportation tunnel has been excavated, with the TBM having a diameter of 1.9m.
PDF - 5 MB (en)
See all our Reference Projects